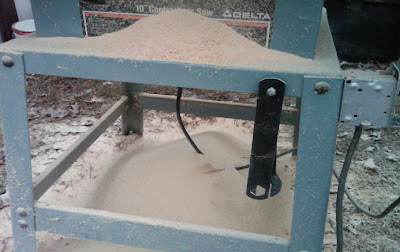 When my dad would plane boards or saw them to width, one would ask him what he was working on. His reply was generally, "Making sawdust."

He used that term in two ways. One, he didn't want you to know what he was working on and two, he messed up on a project and felt he wasted his time.

As I was working on my own little project, it looked like all I was doing was making sawdust. In reality, I was sawing 2x4's for lath: 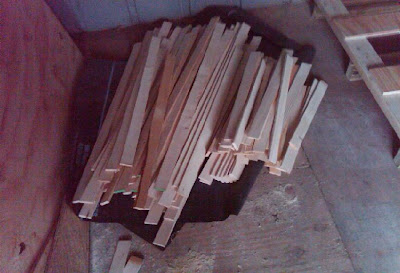 Starting January, 9th, another group of people will be making their own sawdust and I assume most of them really don't want the public to know about their projects or, more likely, they will be wasting time.

The legislature will be starting their next session in Des Moines and after hearing from our representative's willingness to muck with the tax code and drone on about federal block grants, I'm betting that we all will be getting the shaft once again.

I usually get the blank stare after asking what laws my representative plan on repealing.

"The focus is on jobs, jobs, and jobs," according to a couple of representatives that appeared on "Iowa Press" this week.

I know that Iowa Gun Owners plan on putting the heat to several legislators that didn't step up to pass constitutional carry during last session. And the wind is in the air for competitive races come fall because of this issue. Time will tell if any action comes out of it.

With this being an election year, I fully expect the pandering to emanate from that black hole with the golden dome. Our statehouse.

I still hope they don't meet my expectations.
Posted by strandediniowa at 9:46 PM