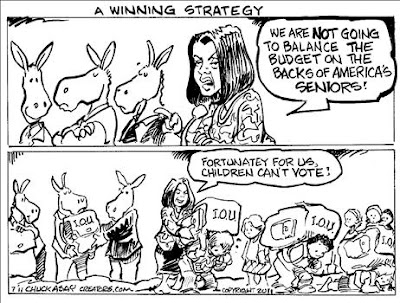 And a BTR commissioned cartoon: 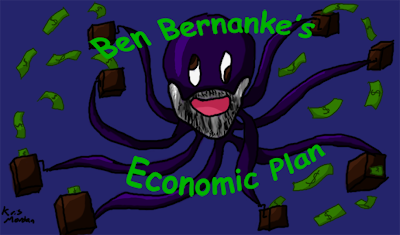 Bernanke's plan is called Quantitative Easing, which is now into phase three because the first two worked so well.

The term quantitative easing (QE) describes a form of monetary policy used by central banks to increase the supply of money in an economy when the bank interest rate, discount rate and/or interbank interest rate are either at, or close to, zero.

What Is Quantitative Easing?

I always thought increasing the money supply devalued the dollar, as a result causing more dollars to be needed to purchase the same goods and services. AKA inflation.

But then I received A's in my college economics classes.

And unlike our current Treasury secretary, I pay my taxes.
Posted by strandediniowa at 7:32 AM

Labels: economy, not so funnies