Pennsylvania Gov. Ed Rendell said Saturday he believes voters will side with Democrats in the coming election when they look at the choices and realize their opponents aren't offering viable alternatives and, in some cases, are "complete wackos."

As opposed to these two? 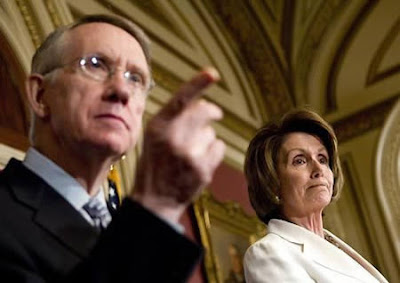 And a money quote from First District Congressman:

U.S. Rep. Bruce Braley, D-Waterloo, who is seeking re-election in Iowa's 1st congressional district, refuted claims this will be a down year for Democrats, saying "in 2006, we gave them hope, in 2008, we gave them change, and in 2010, we're going to give them hell.

Uh, huh.
Posted by strandediniowa at 5:59 AM