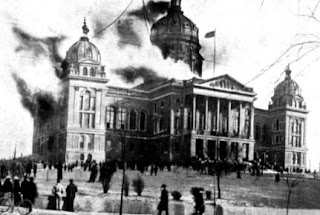 With NorthBridge at Iowa Patriots and Ben at Cold Hard Cashner lending voices regarding SF2357 I found today's introduction into the state house as I would of news of the next snowstorm; I expected it.

HSB46 has been sitting in the house committee for awhile with no action and is similar in language to SF2357. If this language is passed, then they would have to reconcile with the senate version (I'm sure in full public view) and then we get to see what master version comes out.

They've been working their tails off, poor souls.

And it doesn't look like they've got everything updated on the site regarding the number of freedoms they mashed today.

From the bill history:

This bill is in the same "Public Safety" committee as the gun rights bills that failed to get out of committee before the "funnel" day.