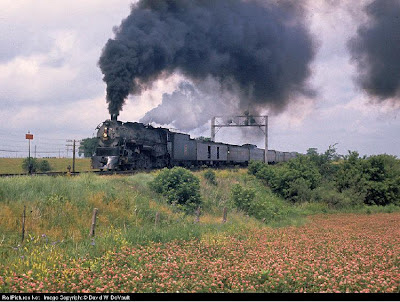 Finishing up a network upgrade late-night Thursday evening and continued through Friday afternoon that was, for the most part, successful. Until the comparisons of old system vs new system kicked in and the "We weren't told that," started up.

I fully expect another week of changes, tweaks and modifications.

This has been a couple of months of long hours, with late nights and after-hour plus weekend support, just to make it fulfilling.

I've got a couple of weeks of "regular" work ahead, which means I can give time on some other irons in the fire:

1. Upcoming employment change (my desk is moving)
2. A couple of legal things going on (no, I'm not headed to jail)
3. Camp Stranded - (I still have that place???)

Since nothing has moved at the statehouse, there's zilch to update. Everything is subject to the graces of Gronstal in the Senate and I think he's currently on the wrong side of history.

A couple more Senate seats may move over to the Republican side and he will be relegated to the sidelines and soundbites for the Des Moines Register.

Remember, folks, only Republicans are obstructionists.

With the shooting in Florida, our "Stand your ground" bill may be pretty much done. Even if the victim would look like Obama's son... if he had one. (Is that one of the more ridiculous statements that has ever come from his mouth?)

If any of you are still reading my meager and thin postings, I apologize yet again for not keeping you up-to-date on the goings-ons at the cesspool in the middle of the state. The BTR editorial board has been disappointed with my lack of posting and promises heads will roll. I'm hoping to wrap things up by the end of May with our infrastructure upgrades at work which would provide more opportunities to be productive in other areas.

This should prove to be another interesting year.
Posted by strandediniowa at 9:43 PM No comments:

Labels: out of steam

Google must know something about me.

Posted by strandediniowa at 5:23 AM No comments:

Those wacky gun owners in Iowa

Seems we're getting a little uppity towards the statehouse stooges.

Just because the citizens want to codify civil rights protections for self-defense.

Oh, and having a right listed in the state Constitution? That's just "way out, way out," according the self-professed NRA member, McCarthy.

I guess he isn't looking at the lobbyist endorsements for HF2215, because the NRA endorsed self-defense in Iowa.

And the NRA endorsed the Constitution Amendment HJR2009.

Maybe McCarthy should turn his membership card in and join the Iowa ACLU, because he aligns more with them on these bills. He also is in lock-step with the regular bed-wetting county sheriffs.

“We’re not sure why it’s necessary to move (to) this next step so soon because we’re not sure that’s where Iowans want to be,” said Susan Cameron, a lobbyist for the Iowa State Sheriffs’ and Deputies’ Association, which represents law enforcement in Iowa’s 99 counties.

Would this be the same Iowans who sent their representatives to the statehouse in 2010? Those same representatives that voted 60-38 for the self-defense bill and 61-37 for the amendment? Seems like close to two-thirds of the representatives are in favor. In a republican form of government, they'd be representing the public.

But, I'm not a lobbyist, so what do I know about government?

As everyone can guess, they are stuck in committee in the senate. There are some procedural tactics that can still bring it to the floor but that would mean at least two Democrat senators would have to grow a pair and stand up to Gronstal, the Democrat leader in the state senate.

I'm not holding my breath, but there is a chance if we can annoy the crap out of them with calls and make some of them scared for their next election.

Maybe we can join other states that had to mop up the streets with all that blood running down them after passing castle doctrine, or Constitutional carry.

That did happen, right? 'Cause that's what we keep hearing from the anti-civil rights crowd.
Posted by strandediniowa at 8:23 PM 2 comments: