Posted by strandediniowa at 4:30 AM No comments:

Guns at the statehouse? Oh my!

Brad Zaun does it.


Others think it's okay but within reason, like having permission from the state:


Rep. Clel Baudler, R-Greenfield said he too sees no problem with the public carrying firearms at the Capitol as long as they are trained, have a permit and have no history of crime or drug abuse.

Rep. Matt Windschitl, R-Missouri Valley, "If they are in compliance with other state laws and regulations, I would have no problem with it."

Thanks for the "qualified permission" guys.
Posted by strandediniowa at 5:16 AM 1 comment:

Regarding the guns at the statehouse by our elected officials.


“That’s a rumor, and it’s a good rumor because it keeps the lobby at bay, it keeps you reporters away from me. It’s a great rumor.” — Rep. Clel Baudler, R-Greenfield, a former state trooper responding to a reporter’s question Friday whether he is among the state legislators who have carried a gun into the state Capitol for personal protection.

We have a state legislator intimidating others by using an implied threat against reporters and lobbyists at the same time avoiding the question.
Posted by strandediniowa at 6:52 AM No comments:

Here's a thought: Why isn't the governor demanding citizens the same rights as the legislators?

The governor has his own protection detail of state troopers (something even high-horse legislators don't have). But according to the article:


The state administrative code, which does not exempt the Legislature or its staff, bars any member of the public from carrying a dangerous weapon in the Capitol complex buildings.

Can elected state officials exempt themselves from the law?
Posted by strandediniowa at 5:45 AM No comments:

For more details go to Iowa Gun Shows
Posted by strandediniowa at 10:34 PM No comments:

Posted by strandediniowa at 10:39 PM No comments:

The legislative session is a bust 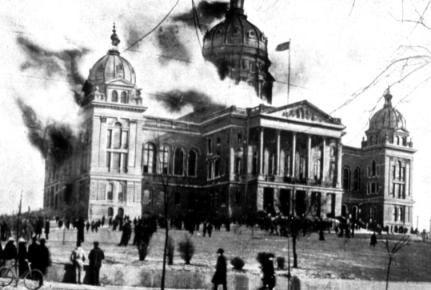 The Iowa Statehouse - Where legislation goes to die

Nothing substantial has come from Des Moines this session, not that many had very high hopes of any action this time around.

For instance, HF 2116 (a bill protecting private information) passed subcommittee and then withdrawn a couple of weeks later.

Or how about HF2012 (lowering the acceptable age for handgun handling)? Passed subcommittee and promptly went nowhere.

Despite some procedural wrangling on Constitutional Carry that also went nowhere, we so-far note a lack of pro-freedom legislation from the statehouse.

Posted by strandediniowa at 3:30 AM No comments:

The Science is Settled!

Because some politician says so.

Like a traveling snake-oil salesman, Senator Sheldon Whitehouse from Rhode Island (Democrat - what else) came to Des Moines to lecture Iowans on what is the most important issue, first and foremost, forever and ever, amen: "climate change."


“I want to work with you to make sure Iowa is sending a strong message to every single presidential candidate that shows their face here: If you’re going to be credible in Iowa, you’ve got to be credible on climate change,” said Whitehouse, who received a round of applause from the more than 100 lawmakers and Iowans in attendance at his Statehouse discussion.

"Credible" - good one there, senator. More likely 100 gullible sycophants willing to lap up anything the guy said. Whitehouse must be an expert since he's a senator from a big important state from the East.

Attributed as saying, "climate change is an unquestionable fact" he must not be reading anything posted by Borepatch to the contrary. After that, he listed doomsday scenarios that have will kill us all, like blown tires because the temperature raised one-tenth of a degree in 10 centuries.

Nah, just the usual "oceans will rise", "big companies are liars", "you ordinary citizens are too stupid to understand" and "skeptics should be excommunicated, jailed or flogged."

Okay, maybe that wasn't clearly stated in the article, but seriously, go read Borepatch. He's compiled more rebuttals that deserve to be read.

Keep wasting time on climate change Dems, maybe a few gullible folks will buy into it.

"It's all man's fault. And Republicans. And big business. It's propaganda to deny this!"
Posted by strandediniowa at 3:00 AM No comments:

JPFO is recommending all gun owners in Illinois leave the state

JPFO has information on an proposed bill in the Illinois statehouse, HB4715. A registration scheme for every firearm in the state. This would be more draconian than Connecticut or New York.

Go to the JPFO alert, Illinois Attacks Freedom! Every Gun Maker & Gun Owner Should Leave Illinois Now!
Posted by strandediniowa at 3:30 AM No comments:

Hi$ Auction has their spring semi-annual auction this coming weekend.

I'll try to get there, but if you can't, they do have a Proxybid option.

Posted by strandediniowa at 3:00 AM No comments: