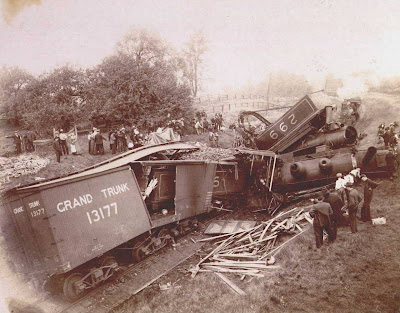 No reason to go into details but it wasn't on my end. I will admit I tend to be a little hard-nosed especially when there are multiple zeroes on the check.

And I lost patience last week.

#3 - If you do make the guy writing the check mad, an appeasement would work.

The sellers couldn't figure out that when a contingency isn't fulfilled by a certain deadline, I wasn't pleased.

Here's an idea: When you make an agreement to produce documents by a deadline, don't wait until the due date to mention you don't have those documents.

I'm not saying they lied in order to get a better price, but knowledge of those facts would have made the difference in what we offered or would have changed the contingencies. At the very least, say something the day after the offer like, "I couldn't find them," or "We made a mistake, let's work on fixing it."

Using statements like, "That's good enough," and "We aren't paying to make it right," doesn't do much to appease me. It seemed like I was putting more effort into buying it than they were putting into selling it. Like going out with a metal detector to try to find the surveyor's markers. The unfavorables were starting to outweigh the favorables and I lost trust that they would fulfill their other parts in the deal.

We intend to keep looking but will not jump the gun and announce anything until it is in our possession, with that "chickens before they're hatched" thing. We looked at two acreages yesterday and today.

A couple of observations: I don't understand sellers who make no effort with their properties. I've seen trash from common household crap to old freezers, thrown into ditches and waterways. And if you can't point to a corner post or some other marker, don't be surprised when a buyer asks for a survey. Is it too much to ask? Cause I'd like to know what I'm buying. But maybe that's just me.

I appreciate your support and kind words when we thought we were onto something. Having a place to call our own with room to grow is a goal for us this year.
Posted by strandediniowa at 6:41 PM

No reason I can see to hold back on reports of your next stab at country property. If nothing else, what you reported here should have helped educate some folks about the practical elements of buying and selling property.