Hoplophobes, Iowa's full of them

This one owns a consulting company who's banner reads:

where our consulting services result in respectful and productive working environments!

I didn't read a lot of respect in his letter. 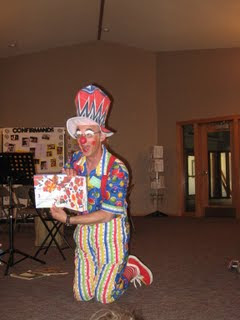 I would hope this wouldn't be the position he holds while begging for mercy to an armed thug. Mr Pokorny seems like a nice guy who tries to do a lot of good for his community.

Telling others they have no right to defend themselves on publicly owned property?

Maybe he should stick to entertaining kids.
Posted by strandediniowa at 5:50 AM

He teaches seminars in "critical thinking"!

Merry Christmas, strandediniowa, from all of us to all of you.

Thank you Borepatch, and a Merry Christmas to you and yours as well.