I link to a couple of sites: Former congressman urges ATF oversight hearings

Apparently this is bringing attention to some: 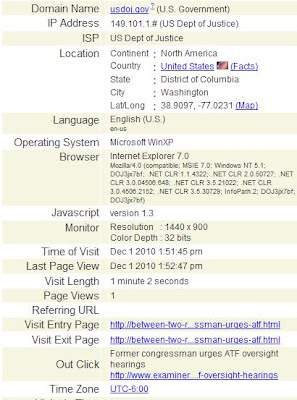 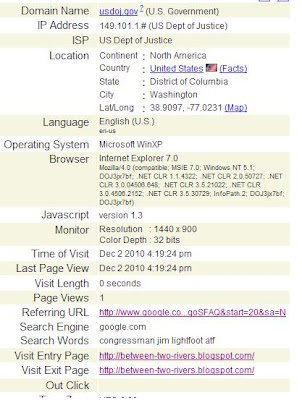 A former congressman from my home state, who represented my district before Boswell took over after redistricting. According to his Wiki site and Lightfoot Strategies:

And from his About Us page:

From a very young boy forward, my Father made it a point to drill into me that your word was your bond, your reputation sacred and your honesty the mark of a real man. Those lessons were burned indelibly into my brain and have served well over many years.

As an honorary ATF agent and federal law enforcement agencies give him accolades, maybe he can be taken seriously.

But my guess is that he will be vilified instead.
Posted by strandediniowa at 7:20 PM

Congratulations! Looks like you just got a ticket on a cattle car when the time comes.

I find this humorous rather than coming from paranoia.

They haven't visited since and I'm hurt.

Maybe they are filling their time with tracking my credit card transactions.