I could have written "Moron Bloom" but this guy's response works:

A fellow UI professor left this on Bloom’s Facebook page: “I always thought you were a huge (expletive) ... but your Atlantic piece sunk my opinion of you further -- and I didn't think it could get that low. Go (expletive) yourself, you smug, self important jerk.”

A moderate call from a former student: As Caucus Day Approaches, A Debate Over Us Iowa Hicks

The title may as well have been "Bloom's not that bad of a guy, you should forgive and blah, blah."

As I wrote before, there are plenty of lanes heading out of the state, he should be in one of them.

Others are taking the high road, like making money: 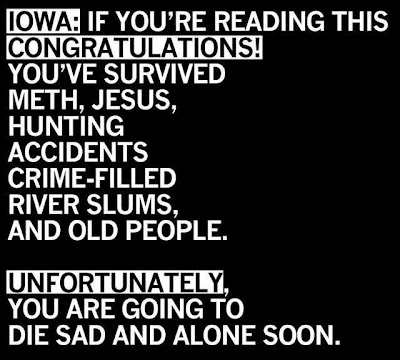 Or, by making fun of the intellectually challenged professor: 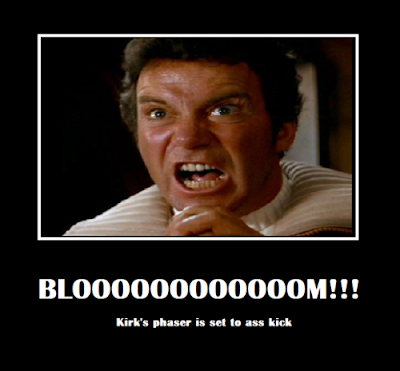 Any way you look at it, the welcome mat has been pulled in.

My personal theory is that he's never fully embraced the citizens of the state and this has been an anthropological exercise with him being here. He can take the high road and gain instant liberal street cred if he leaves. He can claim he was forced out and if the fellow U of I professor quoted above is any indication, he's probably not well loved anyway.

If he wants out, let him.
Posted by strandediniowa at 6:06 AM