The director of the Iowa Law Enforcement Academy is coming under fire from sheriffs, police chiefs and deputies.

Academy Director E.A. "Penny" Westfall has faced harsh criticism from officers around the state who say the academy is suffering under her leadership. They question Westfall's leadership, management style, teaching techniques and communication skills.

One of a series of allegations:

They reported allegations that Gil Hansen, a longtime instructor at the academy, told a class that he once falsified a police report to make it appear that a colleague on the Waterloo police force had died of an accidental gun discharge rather than suicide. Hansen allegedly told the class he did it to "protect the brotherhood" and "would do it again today" if faced with the same circumstances.

It seems that not having real-world experience as an officer doesn't stand in the way of being in charge of our state's police academy. 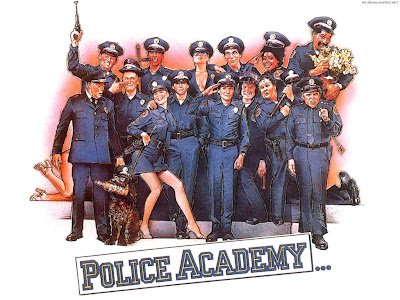 Posted by strandediniowa at 12:04 PM

I could make comments that "Penny" was appointed to this position because of "gender" quotas, competence in your job, be damned, but I won't.

There's an old saying. If you can;t do the job, if you can't teach, supervise.

On a sidebar on the Register article there is a history of her employment within the state.

She was appointed by then Gov Vilsack after reportedly doing a not-so-fine job as commissioner of the Iowa Department of Public Safety (Vilsack appointed her there, too).

I doubt her gender or political leanings have anything to do with her appointments.

I believe in the tooth fairy, too.

That's as ridiculous as choosing a Supreme Court Justice who's never actually been a sitting judge.