Reader and fellow Iowan, Charles, points to an article that debunks the idea that red light cameras are all about safety, safety, safety.

After a year of use, red light cameras have failed to deliver the promised safety benefits in Baytown, Texas. The Houston suburb activated the majority of its cameras on July 13, 2008. Since then, the number of accidents at eight camera locations has increased 40 percent, contrary to predictions from city officials. The increase in accidents has not been in minor "fender benders," as is frequently claimed by photo ticketing advocates. Rather, the number of collisions resulting in an injury jumped 75 percent. Rear end collisions increased 39 percent. Results from comprehensive, independent studies elsewhere in the country have yielded similar results.

"Clearly this shows no remedial effect on driving habits over time," Byron Schirmbeck, the leader of a grassroots effort to ban the cameras in Baytown, told TheNewspaper.
(Emphasis mine)

This source has a helpful page of several university studies that debunk the camera=safety theory.

In comments to previous posts I placed on this subject, Curt of Sailorcurt, noted that increasing the length of time for a yellow caution light, results in less accidents. This study from the Texas Transportation Institute, seems to back up that assertion.

The Texas Transportation Institute examined concerns that red light cameras were being used by cities that had not first exhausted available engineering alternatives such as improving signal timing and visibility. They studied individual police accident reports from 181 intersection approaches across three Texas cities over three years to determine the most effective solutions for problem intersections.

That was published in 2004, way before Iowa decided to allow this cash cow in the state code. Over three years of data and they also came to this conclusion:

The study also found that the vast majority of red light camera tickets are issued within the first second a light is red -- in fact, the average ticket is issued when the light has been red for half a second or less. Yet right-angle crashes, which account for the majority of red-light related collisions, "with one exception, all of the right-angle crashes occurred after 5 seconds or more of red" (5-16). In other words, tickets are being issued primarily for split-second violations where collisions are not occurring.

I'm convinced that red light and speed cameras have nothing to do with this: 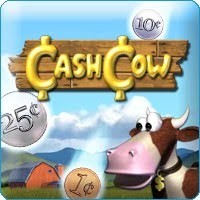 A camera didn't stop a University of Iowa Hawkeye lineman from an accident in Iowa City this past week.

Posted by strandediniowa at 6:22 AM