"Our State Fair, is a violent state fair..." 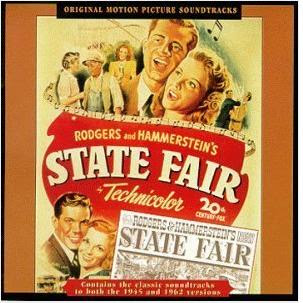 While the Des Moines police diddle over whether to call the past two weekend's state fair violence a "hate crime" (of which type laws should be overturned), the Aryan Nation is coming to town.

Thanks a lot, Des Moines. We can't have a state fair in peace and these guys show up.

Thank you, Lt. Joe. I wouldn't want anyone to jump to any conclusions after WHO radio broadcast a person who claimed he heard, "Kill the crackers," during one of the attacks.

I think all "hate crime" legislation to be nothing more than pandering to one group over another, breaking the concept of "equality under the law." It's used to pit one group against another and rarely applied to all groups equally.

Maybe some groups are more equal than others. Like "Only Ones?"

So far, there have been a total of 11 arrests stemming from incidents that date between Aug. 14 and Aug. 22. Four of the arrests were made on adults and seven were juveniles.

Among those arrested was Reginald Rashawn White, 18, of Des Moines, a Hoover High School basketball player. White is charged with two counts of willful injury, a class D felony.

If he did it, convict him and throw him in jail. But not everyone agrees with the seriousness of his alleged actions:

Police Sgt. Lillie Miller, who’s son is friends with White, bonded White out of jail after the state fair fights on Aug. 14. Miller also reportedly asked for White to receive a citation in lieu of arrest.

Gonzalez said a police internal investigation has been conducted, which determined Miller did nothing illegal. She may have exercised poor judgement, Gonzalez said.

Miller was sanctioned over the issue, but Gonzalez could not elaborate because it’s a personnel matter, he said.

Using her position as an officer to influence an arrest, in an attempt to reduce the incident down to a mere ticket.

According to Sgt. Lillie, stab someone (allegedly) and get a ticket. No jail time.

Sounds right to me.

I don't give a rat's hind-end about race. Thugs come in all colors, creeds, ethnicities, nationalities, and uniforms.
Posted by strandediniowa at 7:02 PM

Labels: crime, Iowa only ones