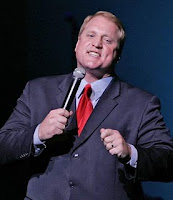 Will Governor Chester Culver (shown here doing his best Sinatra imitation) sign SF2379? Why should he? This NRA A rated governor might sign the bill, but politically he owes no favor to anyone on this.

I tend to look at things differently than most and this is one vision:

Chester is toast and won't be re-elected, almost everyone in the state predicts this. The NRA gave cover to some traditionally anti-gun democrats, thus putting them in a better position to keep their offices.

Chester can veto the bill, the briefly-pro-gun democrats get re-elected, and a republican gains the governorship. A near democrat like Branstad and nothing has changed. An incompetent idiot gets replaced with a competent idiot. Nothing changes.

The anti-gun pols can claim to the heavens that they were giving back liberty to the masses, current sheriffs can keep their powerful status-quo, and nothing changes.

Could this be Sen. Gronstal's plan all along?

Four years from now after the dems and repubs put the state deeper into a hole, Branstad gets trounced by Gronstal for governor in 2014?

Am I over thinking or is this from a lack of sleep?
Posted by strandediniowa at 9:38 PM

All the NRA has done is give cover to the anti-gun Democrats . . . with one exception: rumor has it that Iowa Gun Owners now has an active membership of over 5,000 Iowans, and they aren't going to let the anti-gun Democrats off the hook . . . every one that vote FOR the NRA bill also voted AGAINST IGO's "Real Right to Carry" bill, which recognized the second amendment in Iowa and eliminated having to beg permission from the gubermint to lawfully exercise 2A freedoms in Iowa. While rank and file "Joe Sixpack" Iowan's may not care about this, a lot of gun owners will. I hope IGO can HAMMER the anti-gun Democrats (and "Republicans" like Clel Baudler who also voted against the second amendment in Iowa).

I also believe that if Chester decides to pocket veto this thing and Branstad gets the "Republican" nomination, it will never be a gubernatorial issue . . . there is a persistent rumor that Branstad also vetoed CCW reform in Iowa, though there seems to be no internet record of such. I would bet money that Chester knows the day and the hour of the veto of that bill . . . garenteed

It's being reported that Chester will sign the bill on Thursday. So maybe my theory won't pan out.

I haven't heard of total numbers, but I've worked IGO booths and a lot of people have signed up despite my being behind the counter.

It will be an interesting election cycle this year.