Iowa's chief advocate for the elderly was told in February she could not express an opinion on state or federal legislation without the approval of Gov. Chet Culver's office — a potential violation of federal law.

I'm all for a state telling the feds they can shove it, but in this case, the governors office should not be telling an ombudsman what they can or can't say. They are supposed to have a high level of independence as an advocate for our citizens.

Apparently the governor's office doesn't want to cooperate with reporters, or they are trying to extort them.

But in e-mail exchanges with Yordi and members of her staff earlier this year, McCalley wrote that he and "the governor's office" had to approve any efforts by the ombudsmen to advocate for, or against, state and federal legislation dealing with the elderly.

The e-mails are among those the governor's office has refused to disclose unless the Des Moines Register first pays $744, at which point the office will consider whether to release the documents or keep them confidential.

So much for independent advocates:

The e-mails from McCalley, obtained from a person who does not work in the governor's office, show a wide range of efforts by McCalley to control or influence the actions of Iowa's state and regional long-term care ombudsmen

Another instance of a governor that is disconnected as to what his office is supposed to do.

In the past month, we have discovered possible influence peddling with a Fort Dodge casino, a driver that exhibits road rage and now a possible violation of federal law.

Here's our governor, singing his way into the hearts of Iowans, everywhere. 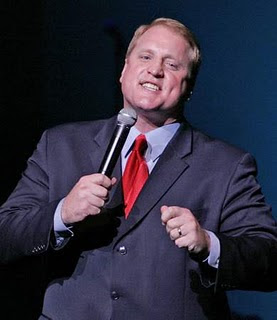 Posted by strandediniowa at 12:30 PM