The town of Van Meter fired its police chief last night after he received a couple weeks of paid vacation (administrative leave).

Embattled Van Meter Police Chief Michael Merritt has been fired for misconduct, according to a news release issued by the city.

Merritt was terminated last night during a special meeting held by the Van Meter City Council.

Merritt has been charged with felonious misconduct in office and insurance fraud. Both are Class D felonies carrying prison terms of up to five years on both charges. 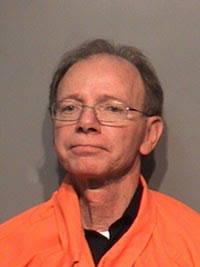 (Photo from Des Moines Register)
Posted by strandediniowa at 6:53 AM

Labels: Iowa only ones